A spoiler-light review/comparison of Captain America: The Winter Soldier and The Avengers

I’m going to potentially sacrifice the nerd cred I’ve cultivated over the last several years and say Captain America: The Winter Soldier was a much better movie than The Avengers overall.

Yes, I mean that, and no, I’m not a contrarian dweeb who says stuff like it just because he knows most people will think the opposite. After spending two-plus hours in a packed IMAX screening room – with a crowd so captivated by the movie I barely heard anyone speak once the lights dimmed, I might add – I can say with some authority that I enjoyed The Winter Soldier on a whole different level than I did The Avengers. 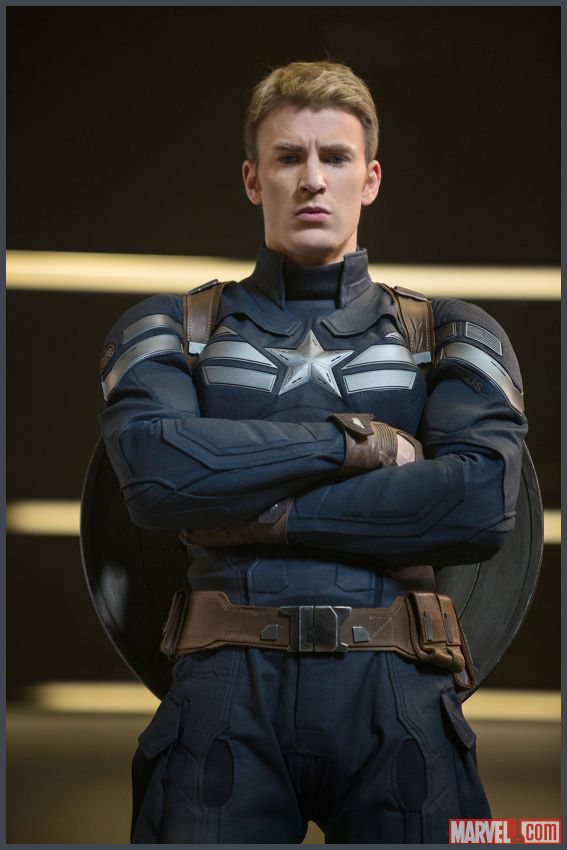 The difference? Lots of stuff, but it comes down to two big points: The Avengers was a summer popcorn flick, and Joss Whedon didn’t have anything major (if anything) to do with Winter Soldier.

Again, I’m not being one of those dweebs when I say Whedon’s whole bag is getting a little played out with me. I’ve never liked his stuff. I didn’t like Buffy, straight-up hated Dr. Horrible, and only found Cabin in the Woods entertaining at certain points – namely the ones where the D-bag characters weren’t flapping their stupid idiot gums.

In fact, besides the (admittedly wonderful and brilliant) Toy Story, it’s fair to say Mr. Whedon’s style and my tastes don’t really intersect at all. That’s not a knock on him or his work – it’s just not for me.

His characters are smug, and despite any superficial differences, they all have the same personality: Snippy, snarky, too smart for their own good. Ready to throw out a castaway one-liner at a moment’s notice. Ready to sacrifice the movie’s pacing and general integrity to steal a quick, cheap laugh from the audience. It feels like every character in his films should be sporting a fedora and a heavy neckbeard. Like all the dialogue could have been posted in a particularly droll reddit thread instead of delivered by superheroes or doomed horror-movie teens or what have you.

Winter Soldier is, in many ways, much more of a superhero movie than The Avengers. It’s not a comedy, though it does pack a few laughs in; it’s not a mindless action flick, though the action sequences were some of the best I’ve seen, especially on the spectacular IMAX screen.

Compare this to Avengers, which mostly felt like a string of solid action scenes strung together by superheroes trying their hardest to be the biggest smartass in the group, and you start to understand why I think Winter Soldier is the superior product.

True to the headline, I’m going to remain as spoiler-free as possible here. I mean that for comic fans and non-readers alike, since I mostly belong to the latter group. Anything that does resemble a spoiler will be clearly marked, with plenty of space for you neurotic types to skip around it… that said, if you think me mentioning the existence of certain characters constitutes spoiling the film, well, you might want to go look for a different review/critique. 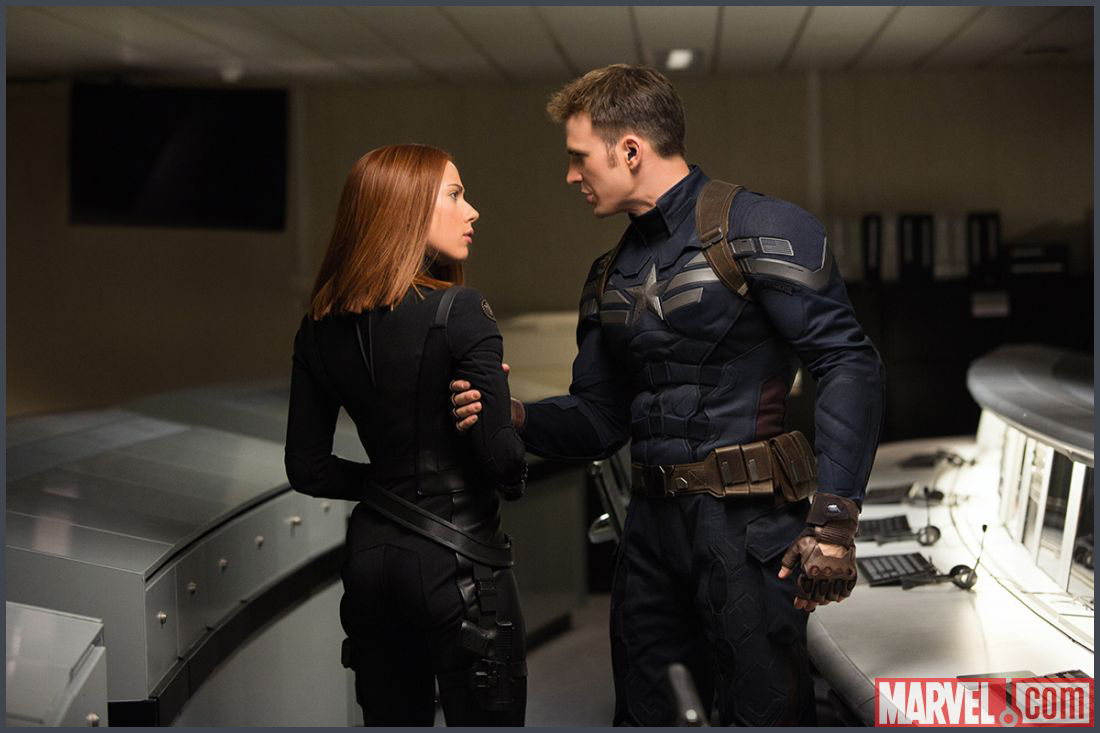 You also might want to stop being such a nitpicky baby. Just saying.

On that note, the differences between Whedon’s Black Widow and the one featured in Winter Soldier illustrate exactly why his characterization rubs me the wrong way. In Avengers, we’re introduced to the character via one of his classic “witty” exchanges – she’s tied to a chair, and her captors are big, mean, scary dudes, but they still stop to let her talk on the phone.

Even though she’s tied to that chair, however, she makes it clear she’s still in control – as I recall, she says something to the effect of “I almost had what I wanted from them” – and then she proceeds to kick evil military dude butt. I’m pretty sure she says some other snarky thing prior to walking off.

To be clear, I am not at all opposed to the idea of strong females in film. There should be more of them. But just as there is more than one way to skin a cat, there are certainly more sorts of composed, self-confident women than the wisecracking, plucky, anything-you-can-do-I-can-do-better variety. I’m aware that this character is one of Whedon’s calling cards – as is anyone who has seen more than 15 minutes of his work – but that doesn’t mean every single lady in every single film has to act that way. Joss apparently doesn’t understand that.

While Winter Soldier definitely features more of Ms. Romanova, and is definitely more dependent on her development as a character to further the plot, the differences go beyond that. In Avengers, as with many other characters, she largely exists to fight and wisecrack. Here, she develops realistically – a challenge for anyone in a Marvel movie, let alone one with a backstory like hers. 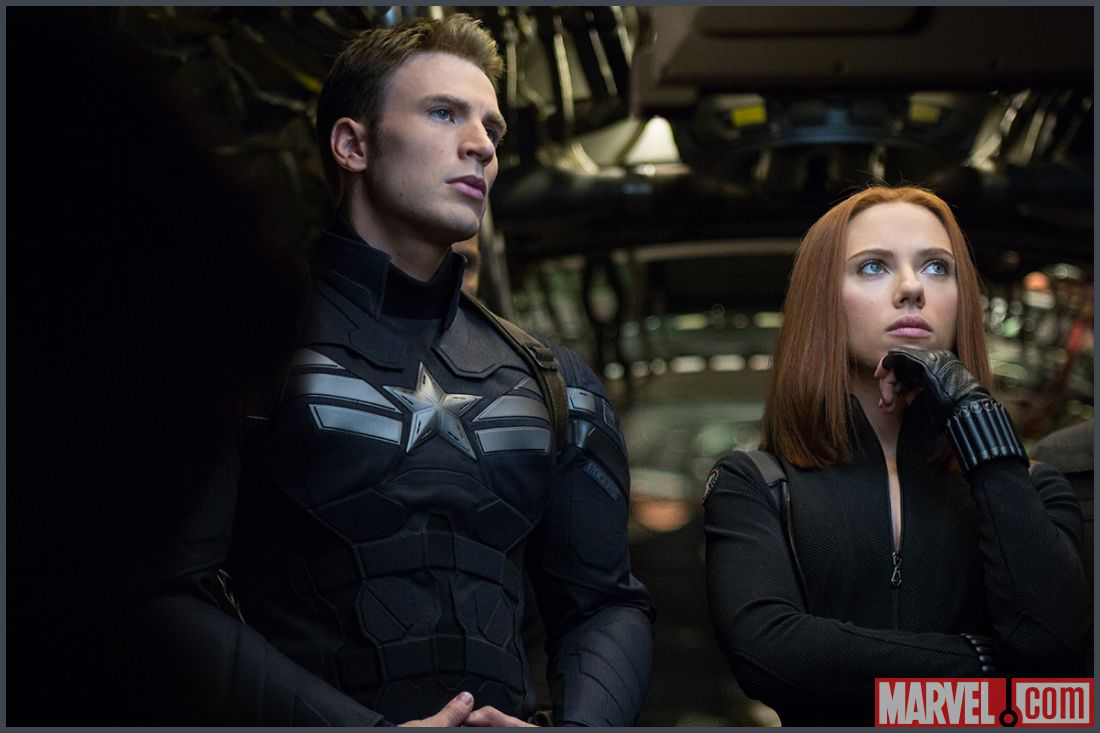 SPOILER: She’s conflicted about her identity, the actions she’s taken to survive in both the US and Russia, and who she thinks she can trust – she’s also much more of a “gray hat” character than the ultra-skilled bad guy killing machine we see in Avengers.

A lot of this comes from necessity. We need a character nearly as skilled as the good Captain himself, but one with a vastly different set of morals, to foil the All American Good Boy image Rogers is supposed to represent, especially throughout the film’s early going. Romanova lies; Rogers tells the truth. Romanova kills; Rogers is much more inclined to knock the target out or brutally break his limbs or something.

The story sees similar degrees of subtle change, and the movie is all the better for it.

To get something out of the way up front: Yes, I realize one movie was a summer blockbuster type of film and the other is an early-spring sequel, thus allowing it to be headier and smarter in general than its Whedon-built counterpart. That still doesn’t excuse Joss from filling his narrative with points so thin and light they might float away in a strong gust – especially considering how heavy the topics in Winter Soldier can get.

SPOILER: Much of the movie’s plot come from current-day events. Without giving too much away, there’s a big focus on spying here: Like the NSA, countless organizations are intent upon stealing data from the public in this film, and the ever-popular “threat of terrorism versus appeal of safety” motif is obvious throughout as well.

Is any of that groundbreaking stuff? Absolutely not. But the film is deep and relevant enough to create discussion among adults and teens alike, something I noticed from both camps leaving the theater this afternoon. Compared to Avengers, whose overarching idea seems to be “big aliens are bad,” we have a film that operates on a whole different level of thought in Winter Soldier. 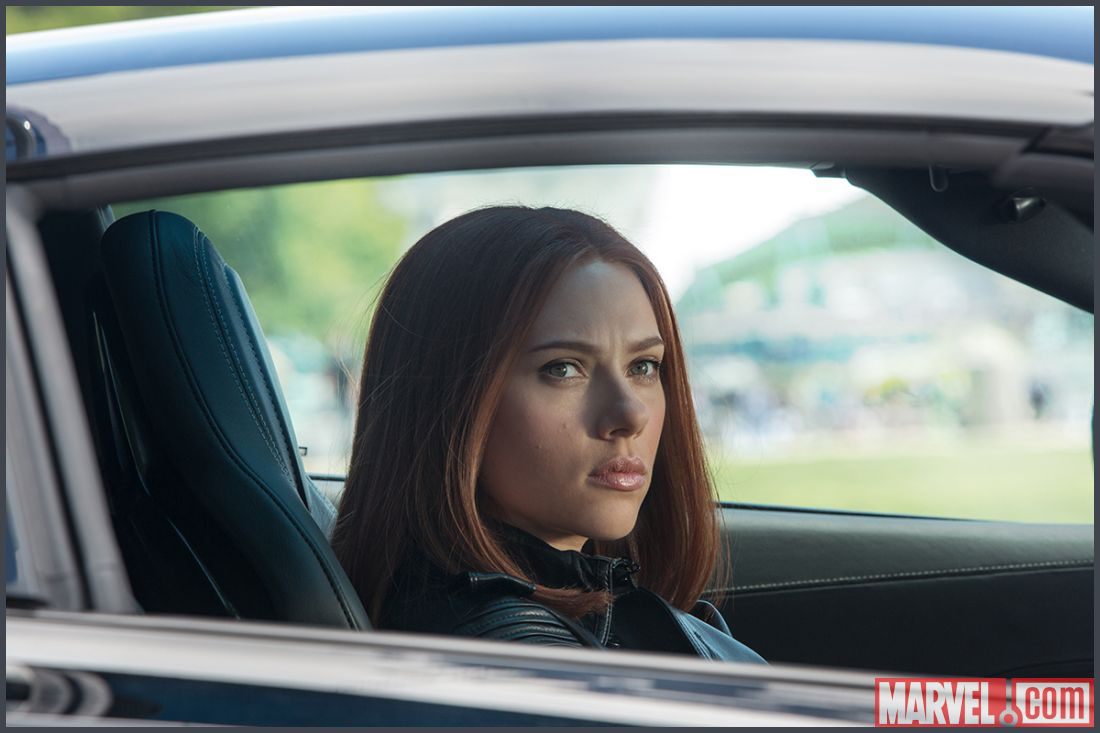 We know that big budget, summertime superhero blockbusters can approach ideas like these. All three of Nolan’s Batman films did. So, to a much smaller degree, did both iterations of Sony’s Spider-Man.

In a lot of ways, differences like these almost make me feel like I’m comparing apples and oranges, despite the films coming from the same company and being set in the same universe. It’s also worth noting that not every summer blockbuster needs a subtextual critique of the government or society to be worthwhile. Sometimes we just want to watch shit explode, and Avengers was at least great on that front.

It’s just that, with superhero movies, that kind of focus makes a lot of sense. Many of the characters we know and love today come from some sort of political unrest of social concern – taking that away from them in their biggest on-screen gathering ever seems like a near-sighted move.

So, yes, people do go to superhero movies to watch muscly dudes in spandex battle it out. Others like the interconnected story lines and consistent universes across franchises and films. But a lot of people go to see those issues compared to their own daily lives reflected somehow…  doing away with that angle feels like visiting a relative you only see once every couple of years, only to find he’s become a little more shallow each time.

I’m sure Winter Soldier will blow box-office doors off. I’m also confident it’ll generate some useful discussion about the value of personal data and the destructive things that can befall anyone who doesn’t monitor it carefully, particularly among younger people.

It’s exactly the kind of conversation current and future voters need to be having, what with campaign contribution laws vanishing and the NSA monitoring its own citizens (and their neighbors) without any sort of effective oversight. At this point, that kind of awareness is basically the only thing that can lead us from this hole we’ve dug ourselves into by not speaking up earlier.

And even if I’m being dramatic, it’s a damn sight better than three straight hours of scary aliens, spectacular explosions, and plucky, sarcastic females. They stop being “one”-liners when that’s all anyone speaks in, Joss. Just an FYI. :)